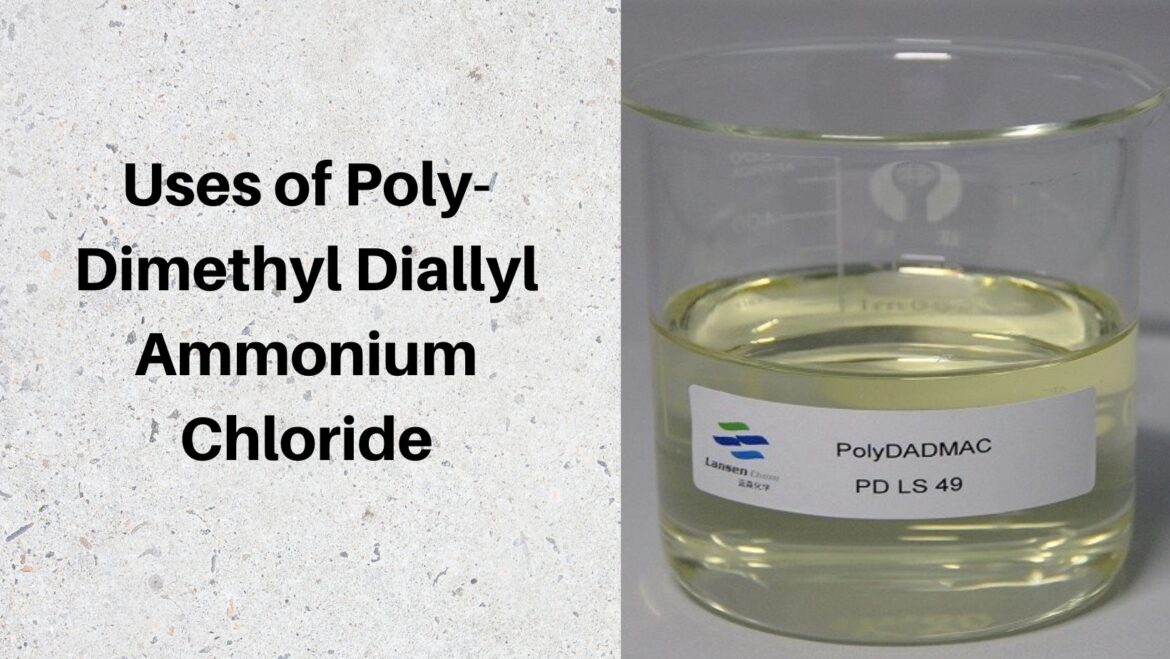 As a single agent, polyDADMAC should only be diluted in a 0.05%-0.5% concentration. When several waterwaste sources or water is treated with this ammonium salt, the concentration and the turbidity of the water decides the dosage. There are two things that should be decided with caution and those are; mixing velocity and the dosing spot. This decision will determine that other chemicals that are already present in the water will evenly blend together with these new chemicals. No broken floc will also be guaranteed by pDDA.

There were instructions that had to be followed carefully while using polyDADMAC. But where and in what industries and work fields is it used? In this article, we will discuss the uses of pdadmac and the industries they are being used in because of its valuable features. Read till the end!

Applications and uses of PolyDADMAC

PDDA, because of its several advantages and benefits, is able to play a significant part in many prominent industries commercially as well as in many household uses. Some of them are as follows:

In the water purification industry, it is used as a coagulant. PDDA is known to effectively flocculate and coagulate organic as well as inorganic particles in the effective water containing viruses, algae, slit, bacteria and clay. Natural organic matter like fulvic acid and humic acid, which results in; less color and less disinfection byproduct precursor, can be removed by organic polymer at high concentrations.

Just like in the water purification industry, PDDA plays a similar role in the sewage water treatment industry by working as a primary coagulant. The negatively charged and colloidal material in the waste water is efficiently and effectively neutralized by this effectual coagulant. It also neutralizes and minimizes the volume of sludge in comparison to other inorganic coagulants. When the dosage is higher than 20mg/L, it is observed that pDDA can cast a powerful repressive effect on the growth of E. coli and thus is known to be an effective bactericide too.

The control of disturbing elements in the process of papermaking is handled by pdadmac. From coated broke latex and mechanical pulp, a Superior fixing of pitch is provided. To improve dewatering and retention, it is used in a paper mill’s short circulation. Furthermore, the effectiveness of flotators and disk filters can be enhanced by pDDA.

PolyDADMAC is effectively used in finishing and dyeing auxiliaries as an advanced color fixing agent that is free of formaldehyde. It is able to enhances the color fastness and is able to form a film in the fabric.

Poly dimethyl diallyl ammonium chloride is a very versatile ammonium salt that has a number of uses. The above-stated used are just some of the major ones. Its use also extends to the oil industry, in which it acts as an excellent flocculant as well as a clay stabilizer. polyDADMAC is also widely used in chemical industries for making shampoos and other similar products. Finally, a great many people also use it in their house for various purposes.

Everything You need to Know About Human Hair Bundles

What Is the Benefit of Influencer Marketing?