Home Lifestyle How To Love
Lifestyle 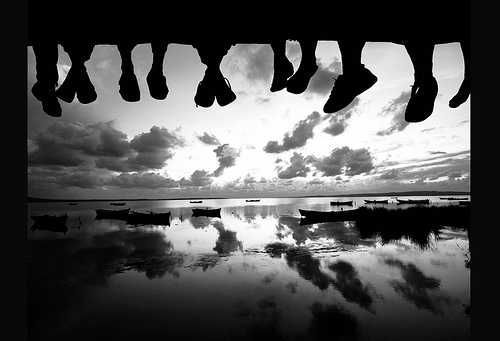 You’d like Jaydee a lot.  Most people do.  He’s the kind of guy who listens when you talk, who smiles often, and who says things that make the people around him smile.  He’s intelligent, but in a way that makes others feel comfortable.  It’s the way he expresses himself in simple terms that you can understand – almost like he’s articulating the thoughts you already have in your head, but haven’t yet found the right words to say aloud.

It doesn’t matter who you are either.  Jaydee always has a way of relating to you.  Because, in a way, he’s been there with you all along.  He can think like you, so he understands you.  So many of us have limitations in our perceptions.  We understand the soldiers but not the politics governing the war.  We understand the people who go to the movies but not the ones who attend NASCAR races.  But somehow Jaydee gets all of us.  It’s his gift.

If he hasn’t actually been to the NASCAR race you’re talking about, he’ll be honest about it – but he’ll make you feel as if he was right there with you.  And once you return home after spending a night with Jaydee, you’ll catch yourself smiling and thinking that there needs to be more people like him in the world.  Because if there were, there would be far less to worry about.

Jaydee passed away today.  I don’t really want to discuss the details, because honestly they aren’t relevant.  It could have been a car accident.  It could have been old age.  We are often far too concerned with how people died, rather than how they lived.  And I want you to know how he lived.  He told stories – lots of stories that contained subtle insights and wisdom about our lives and the world around us.  And today, I want to share with you the last story he told me before he died:

One Sunday morning when I was a little boy my father surprised me and took me to the fishing docks.  But instead of fishing, like all the other little boys and girls were doing with their fathers, we sat down on the end of one of the docks and watched all the other children fish.  For hours, we sat there and watched until we left without ever casting a single fishing line into the water.

I was simultaneously sad and angry.  On the drive home I told my father that I’d never forgive him for being so cruel to me.  He looked at me, smiled and said, “I love you, Jaydee.”  When I didn’t respond, he asked, “Did you notice how happy all the other little boys and girls were?  Did you see their smiles?  Could you feel the happiness in their hearts?”   After a moment of silence I quickly snapped, “I don’t really care!  I just want to go fishing like everyone else!”  My father sighed and kept driving.

We went back to the fishing docks dozens of Sunday mornings throughout my childhood.  And each time we saw hundreds of other little boys and girls jumping and laughing and celebrating as they reeled in fish.  But we still never cast a single fishing line into the water.  We just sat in there on the end of that same dock and watched.  And my father never explained why.  But he didn’t need to.  Because years later, as I entered adulthood, I suddenly realized that those mornings we spent sitting on that dock was where I learned how to love.

27 Stressful Things You Tolerate Too Often

7 Things To Stop Worrying About Today

27 Stressful Things You Tolerate Too Often

9 Thoughts You Need Out Of Your Mind